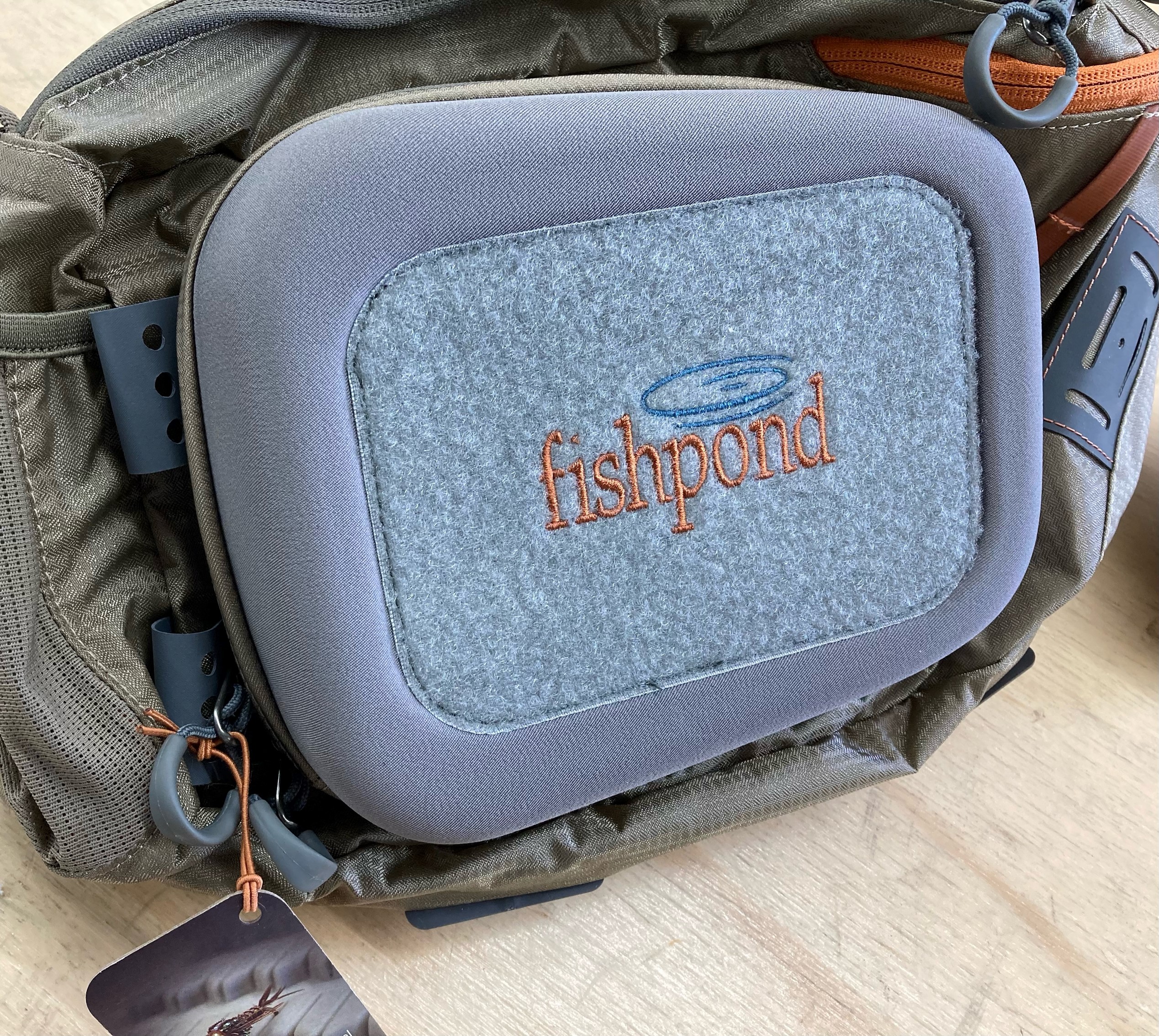 Fishpond made some thoughtful improvements to their sling while making the Summitt 2.0

The heir to Fishpond's popular Summit Sling has arrived! We are super excited to show off the much-anticipated arrival of the Fishpond Summit 2.0 Sling pack. Building on the success of the previous iteration of the Summit, Fishpond listened to anglers when they designed the new sling to make some improvements upon the old version.

The first version of the Summit held a perfect 5/5 star rating among our customers. For our customers the Fishpond Summit Sling represented the perfect sling pack that has all of the space for your accessories in quick reach without all the fumbling around through a large internal storage pocket. The Summit Sling featured a net pass-through, attachment points for a thermometer, hemostat pinch storage slots, a molded pocket to protect your fly box, a waterproof zipper on the main compartment, water bottle holder, and fly patch on the front sling. The new model promises all of that and more!

Fishpond took everything that they learned from the 1.0 model and made some marked improvements to their newest model. Let's break down the upgrades that Fishpond made on their new pack:

Net Pass-through - The new net pass-through feels a little more secure than the previous model. The pass-through is slightly slimmer than the original and that prevents the handle on your net from flopping around too much which we always had found a little frustrating but not too annoying. The new iteration eliminates a small pain point for us which is much appreciated.

Attachment Points - The Summit 1.0 was always popular with anglers as it provided the option for gear attachments of all types. There is plenty of space on the outside of the Summit 2.0 to take advantage of and Fishpond made sure to keep the storage options readily available.

Improved Workstation - The beloved molded workstation has returned with some minor upgrades. Tippet storage compartments, large zipper storage space, and the addition of a Tacky Fly Patch. The Tacky Fly Patch can be easily removed but is securely attached with Velcro. The Tacky Fly Patch has the capacity to store up to 90 flies in an easy-to-use slide-in format and it is made of silicone for better hold and longer-lasting durability.

Improved Hardware - All the zippers, clasps, and fasteners on the Summit 2.0 have been upgraded and have also been made an attractive Fishpond orange color. The new color is much easier to distinguish on the water and prevents you from fumbling around trying to find the right faster, this color contrast was a big deal for us as it prevents more frustration on the water as you're fumbling around while changing out your rig.

Waterproof Zipper - The main compartment of the Summit Sling 2.0 features a waterproof zipper which is where we always stored our most important gear that needed to be protected

Just like all of Fishpond's other packs and slings, the Summit 2.0 is compatible with a litany of accessories to round out an excellent sling pack.