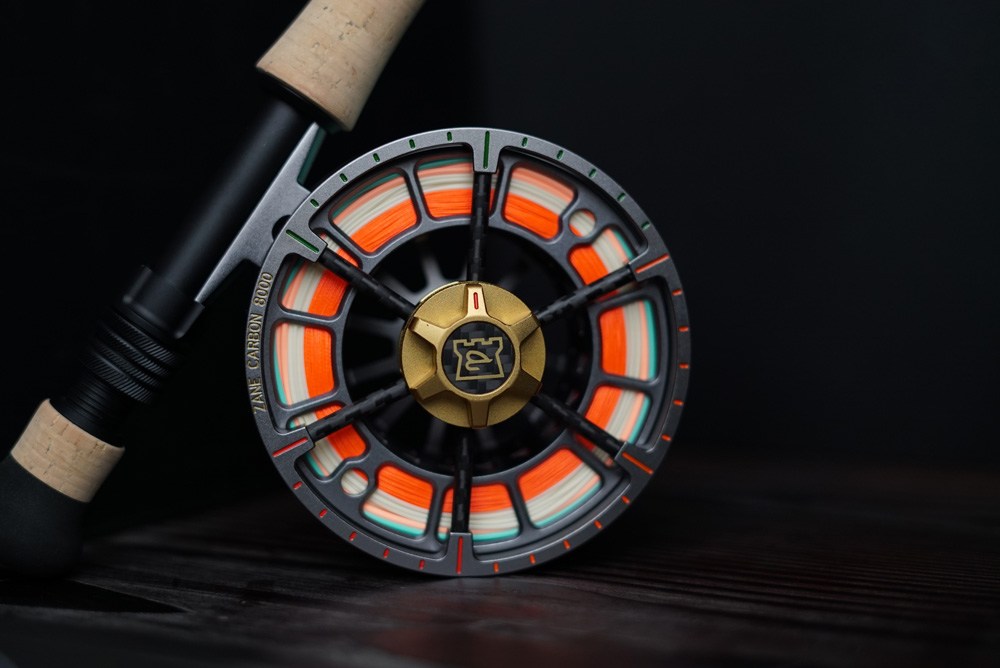 150 years of fly fishing excellence. Hardy brings as much innovation to the sport as they do history.

With 150 years of respected and vivid history, ReelFlyRod is proud to carry reels from Hardy Brothers in our impressive lineup. Formed in 1872, in Alnwick, England by William Hardy, the company dabbled in gunsmithing and metalworking before beginning to sell fishing tackle and supplies in 1874. Developing classic reels along the way like the Perfect which has stayed in production for 120+ years and counting, The Fortuna, The Marquis, and The Bougle, among many other reels regarded as masterpieces in the fly fishing world. Despite decades of service, these reels are still highly sought after because of their timeless looks and their high performance in demanding fields.

The legendary lightweight series is reissued for the 2022 season. The Hardy's Brothers 150th Anniversary LW reels are CNC customized out of pure bar stock aluminum. The 150ANV Flyweight reel features the simple yet durable click and pawl drag system and the classic nickel silver double screw line guide for line protection. First designed in the 70's, the lightweight series reels represent the passion, craftsmanship, and longevity of the Hardy brand. Available in six models: The Flyweight, The Featherweight, The LRH, The Princess, The St. Aiden, and the St. Andrew. With model weights between 2wt and 8wt, the Lightweight Series rods are the perfect match for a classic bamboo or a modern graphite rod.

The iconic Hardy Perfect reel was first produced in 1891 and is still hand-crafted in England by Hardy today. The latest generation Perfect reels retain the same classic looks and features as the original but has been finely tuned using modern twenty-first century machining and materials. It's been over 130 years, and there has still never been a reel that compares to the Perfect. When you hold one of these amazing reels, examine it closely, then go out and fish with it, you'll understand why they call it the Perfect.

The Hardy Bougle fly reel was introduced in 1903, and quickly gained the reputation as one of the best fly reels ever made. Relaunched for the reel's 110th birthday in 2013, this updated Bougle fly reel is the best one yet. With its rolling pillar, reversible click check, naval brass bush and spindle, and hand polished, deep anodized pearl silver finish, this Bouglé reel is sure to become one of the classics. Made by time-served Hardy Bros. reel makers in Alnwick, England, this Bouglé reel comes presented in a beautiful, UK made, soft leather, sheepskin lined reel case.

The Hardy Marquis LWT fly reel was introduced half a century ago, and quickly gained popularity in the United States. The third generation of this classic Hardy fly reel, the Marquis LWT was a mainstay of the Hardy lineup for many years. This new edition features numerous improvements to the original, including subtle updating of the classic style with an indented regulator button, increased porting, and improved regulation range.

The Hardy Zane Carbon reel is the modern evolution of Hardy, with cutting edge design and machining, combined with the latest technologies and materials. These lightweight saltwater reels are incredibly strong and durable, with a powerful stacked carbon fiber disc drag that is completely sealed to the elements. This premium quality, high-performance reel will put the brakes on hard charging tarpon, permit, redfish, snook and any species you encounter on the flats. Designed for the saltwater flats angler, the Zane Carbon is a lightweight, large arbor sealed disc drag reel capable of handling anything that’s thrown at it. The regulated hard indent drag system allows accurate drag settings to be applied quickly in the heat of battle.

A lightweight disc drag reel in its purest form, the all-new Hardy Ultradisc features everything you need and nothing you don’t in a disc drag fly reel. With an innovative frame design, this reel sets a new standard in lightweight performance reels while allowing the use of ultra-thin fly lines and running lines as well as leader-only systems popular in modern river fishing. The scaled multi-pad drag system is unregulated, so finely tuned adjustments of the drag pressure over a broad spectrum are possible.

The Ultraclick UCL is the ultimate click fly reel and the lightest reel series Hardy has ever produced. With an innovative full frame design, thin lines and leader systems never get caught between the frame and spool. The adjustable, all metal clicker system has a very pleasing sound, while a slightly larger palming rim puts you in direct contact with the fish.

Incredibly lightweight! The neoprene case that the Ultraclick reel comes in nearly weighs the same as the reel, just astonishingly light.